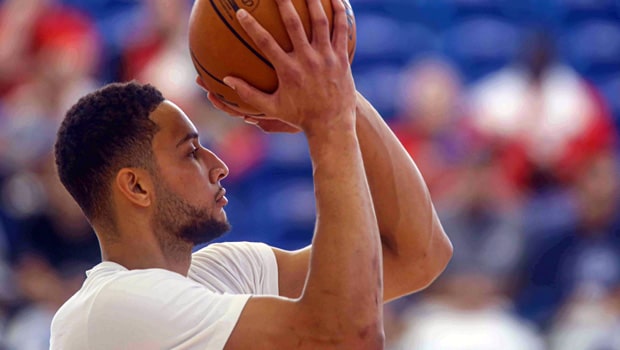 Philadelphia 76ers involvement in this Ben Simmons fiasco will stretch longer than what people imagined. The Australian point guard is still grabbing headlines on several media outlets even after a very interesting 2021-22 season has already begun. But the new season has not kept the fans away from these gossip stories covered by the media.

Recently it was reported that Ben Simmons has had a bad run-in with the management during a practice session. Hence Simmons was suspended for their season opener against New Orleans Pelicans. Sixers talisman Joel Embiid also gave an interview after the incident where he stated that he does not care about his Australian teammate.

Simmons has reverted back by saying that he was not mentally prepared to return to court. But most people feel that it was his and his agents’ plan to make him earn the salary without playing as they look to capitalise on the loophole present in his contract. But all Simmons want is to get traded.

All the gossip stories on the news have really shocked Sacramento Kings rookie Davion Mitchell. The youngster highlighted how things can be problematic in the NBA and how these things take the limelight out of the real deal.

Mitchell, who recently appeared on JJ Reddick’s podcast highlighted the issue of drama and gossip in the NBA which apparently is stealing the limelight. He said, “It’s been crazy. Especially because they still talk about Ben Simmons today and basketball is going on. There are so many games going on, they’re still talking about Ben Simmons. I was like, ‘Man! Leave this man alone.”

But it’s crazy to see that how much social media does to the players in the NBA, especially to guys like Ben Simmons. We all know the situation with him, but…”, he concluded.

The Kings point guard did not appreciate the scuffle that happened between Anthony Davis and Dwight Howard during a Lakers game this season. Almost everyone in the panel agreed on how things have become more about controversy than substance.

The Sacramento Kings started their new season with a fine win over the Portland Trail Blazers but then consecutive defeats against the Utah Jazz and the Golden State Warriors have pegged them back a little. Despite the defeat, Mitchell was sensational for the Kings as he came up with 22 points from the bench.