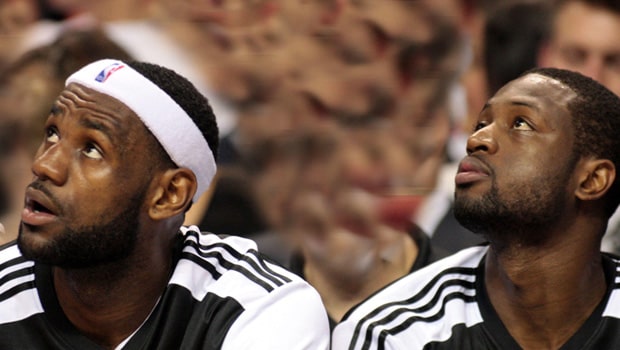 LeBron James and Dwayne Wade’s friendship is not unknown to anyone in the NBA circuit. they may not be teammates anymore but that does not stop them from having each other’s back during tough times. Both of them have come out openly in support of the other on several occasions. Recently Dwayne Wade appeared on The Rich Eisen Show as he shared his experiences with the Los Angeles Lakers star.

There were discussions on several topics but when the topic of LeBron being too sensitive to criticism was raised, Wade instantly spoke in his former teammate’s support. He said, “We do care, we all care what people say about us, people expect that because he is so great that he should not care but, we do care. He is not a robot, he may look like it, but he is actually human.”

There have been controversies surrounding LeBron James since his Miami Heat days. Media used to be in and around him always as he gradually turned into a superstar. LeBron’s SLAM Magazine cover photo has caused a stir among critics as the photo showed him holding up the MVP award with a caption, “Hi haters.”

“I absolutely hate this cover because it shows how sensitive LeBron has been about his entire journey,” said Rob Parker of ESPN. “I remember when Michael Jordan won his first title, he was criticized too, but he didn’t let the critics effect him the way James does.“

Dwayne Wade and LeBron James’ camaraderie goes back a long way when they were drafted together at the start of the NBA career. LeBron James was the first pick for the Cleveland Cavaliers in the 2005 NBA draft, whereas Wade was the fifth pick. While the Akron Hammer has been the superior player in comparison to Wade but Wade showed great support to him throughout his career. Things could have turned sour between them when LeBron decided to leave Heat in 2014. But wade always told fans not to boo LeBron since his departure.

Currently, LeBron’s sole focus will be to help the Lakers win the NBA title. They have had a shaky start to the campaign and LeBron James along with his teammates will hope to turn things around for the Purple and Gold Army.