LeBron Admits Closure Would Be Tough If Season Gets Cancelled 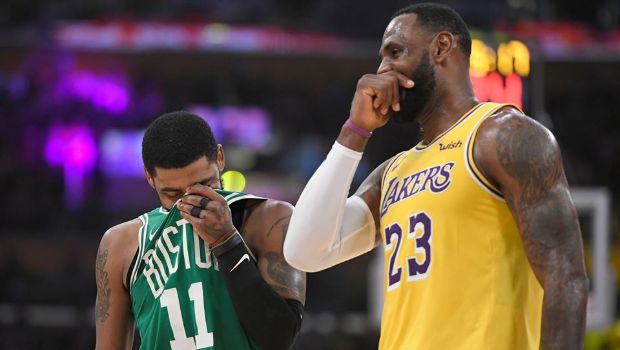 The 2020 NBA season got suspended on the 11th of March after a Utah Jazz player tested positive to the coronavirus pandemic few minutes before a fixture with Oklahoma City Thunder in Salt Lake City.

The game was immediately cancelled as well as the remaining fixtures for the night.

The NBA then released a statement, suspending the whole season. As a result of that, the world has not witnessed any NBA action for close to a month.

The truth is, no one is surprised about the suspension or the fact that there is no date or time-frame for possible resumption of the season. The United States has the highest number of COVID-19 cases and the curve is far from flattening.

The authorities are working hard to limit the spread, forcing people to stay in their homes and practice social distancing as much as possible.

In the light of things, it is not possible that NBA may start soon. Even the NBA commissioner, Adam Silver, hinted that the season could not resume until, at least, the end of May.

This has created uncertainties on whether the season would even resume at all. While it may look easy to just scrap or cancel the season and forge ahead, planning better for a 2021 season, it would be very difficult for players to move on. The 2020 season was an interesting one, with so many teams performing well in their various divisions.

The Milwaukee Bucks led with the most wins as skipper Giannis Antetokounmpo made it thing to score at least 30 points in almost all his games.

The Los Angeles Lakers showed us who the king of LA was shortly before the suspension after defeating the Los Angeles Clippers. The Brooklyn Nets and Phoenix Suns were also having a good run. The NBA All-Star game showed us how much talent we have in the current NBA teams.

It is all of this that made LeBron James, in a video chat with reporters, say that it would be hard for him to find closure if the season was to get cancelled. If the season gets cancelled, then every struggle and effort put in by teams since last year October would seem almost in vain.

He made mention of everything the team had had to grow through this year, with a new coach, a new system in place, the death of kobe, and was quite proud of their achievement and how far they have come.

LeBron had an amazing weekend before the suspension, leading his team to beat the Bucks and Clippers. According to him, “So, closure? No. But to be proud of what we’ve been able to accomplish to this point, I’ll be able to look back and be like, ‘OK, we did something special in that small period of time.’