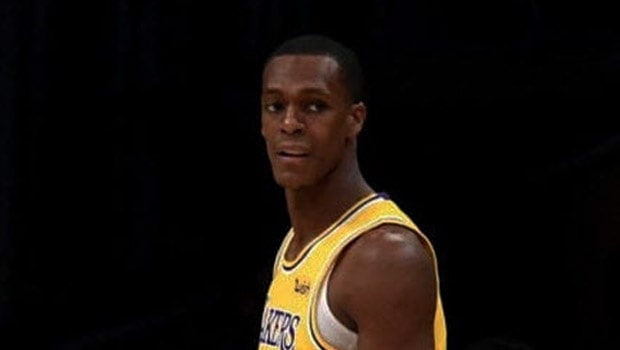 Los Angeles Lakers has revealed that despite the fact that Rajon Rondo cleared quarantine on Monday, the point guard is still not certain to be available for the NBA playoffs.

LA Lakers coach Frank Vogel revealed this on Sunday in an online call.

“I’m not sure exactly when he’s going to be available to be in uniform. We’ll get him on the court and see where he’s at. But no specific timetable yet on him.” Frank Vogel was quoted on ESPN.

Rondo had fractured his thumb on his right hand in just the team’s second practice in Florida five weeks ago, and his return was put between six and eight weeks.

Before re-entering, he had tested negative for the Coronavirus for seven consecutive days.

The LA Lakers will play its first playoffs game on Tuesday, having come out the Western Conference as no 1 seed, and they will play against eight seed Portland Trail Blazers.

Utah Jazz’s Donovan Mitchell 57 points and 7 assists as one of the game’s highest performers.

Jamal Murray had 36 points for Denver Nuggets with 9 assists while Nikola Jokic had 9 rebounds.

On Tuesday, Milwaukee Bucks and Orlando Magic will play while Indiana Pacers and Miami Heat will face off, and the last match of Tuesday will be Houston Rockets and Oklahoma City Thunder.