Michael Jordan Succeeded Because He Failed 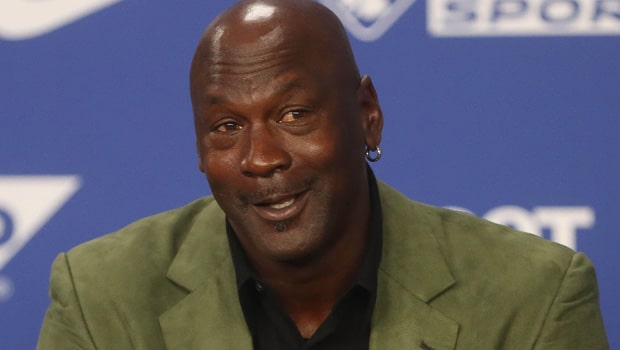 “I’ve missed more than 9,000 shots in my career. I’ve lost almost 300 games. 26 times, I’ve been trusted to take the game-winning shot and missed. I’ve failed over and over and over again in my life. And that is why I succeed.” – Michael Jordan

This is one of my favorite quotes by Michael Jordan. No one is perfect and to be the best you can be, you have to go through adversity and come out on the other side.

It’s hard to believe that Michael Jordan, to me the best basketball player of all-time, was cut from high school team as a sophomore but it really happened. Just a few years later, North Carolina claimed the 1982 national championship after MJ made the game-winning jumper against Georgetown. This was the beginning of Jordan’s legend. He then won six NBA championships in six trips to the NBA Finals, as well as eight scoring titles, five regular season MVP awards, six NBA Finals MVP awards, three NBA All-Star game MVPs and one Defensive Player of the Year award.

Jordan retired for the first time in 1993 and he returned to the NBA in mid-March of 1995, with just a few weeks left in the regular season. Jordan had been away from the league for 21 months, his body was made for baseball and his conditioning wasn’t adequate.

The Bulls faced a young, talented Magic team in the second round of the playoffs and they lost the series in six games. MJ made two costly turnovers in the final minutes of Game 1 and seeing him and the Bulls struggle to close a game was highly unusual, to say the least.

“Being away from the game that long and just how much the body had changed, I was very unsure that he could perform at the level that he’s accustomed to performing on a regular basis,” Tim Grover, Michael Jordan’s trainer, said.

Jordan dedicated the entire summer to prove that he was still the best player in the NBA.

“I honestly think one of the best things that could’ve possibly happened, as much as everyone hates losing, is that we lost to Orlando,” former teammate Bill Wennington explained. “Because Michael came back with a vengeance.”

Michael Jordan asked Grover to help him get his body ready for the next season. Jordan had no days off while filming Space Jam over the summer. He still did weight training and pickup games at “the Jordan Dome,” a facility at Warner Brothers Studio that was built for him. Training there helped Jordan get ready to be the best version of himself.

Jordan’s will to win, which was evident in college and in his first years in the NBA, led to a 72-win season. The Bulls also got payback against the Magic, sweeping them in the Eastern Conference Finals before winning their fourth NBA Championship, beating the Seattle SuperSonics.