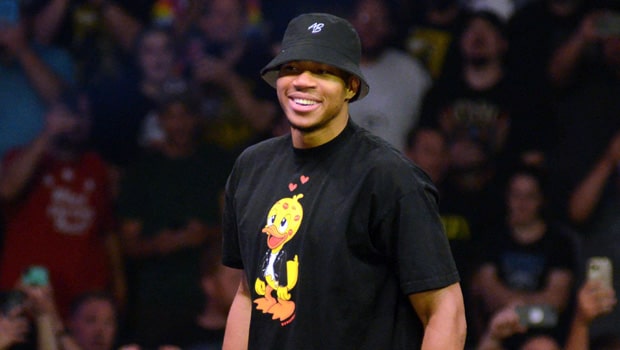 Milwaukee Bucks and Giannis Antetokounmpo have shut down trade rumours for many years now as they wanted to chase for the elusive NBA title. Last season Antetokounnmpo helped the Bucks to win their second NBA Championship in their history and became a celebrated man in the Bucks history. Recently in an interview, Antetokounmpo hinted that his association with the Bucks may not be as long as many would like.

The Greek Freak has been with the Bucks since his NBA debut back in 2013. Antetokounmpo has gradually built his trade as one of the best in the business in the NBA. Till now a lot of people questioned his decision to stay with the Bucks for such a long time. He was unable to win the Championship for a long time and hence his stay with the Bucks was largely criticised. Most people thought he was wasting his talent at the franchise.

But now everyone knows that it is was not easy for Giannis to stay at Bucks for such a long time. Now his decision is lauded by the fans since he has guided the franchise to their second NBA title. But now the Greek Freak is hinting that he might move away from Milwaukee in search of a new challenge.

“It was very hard, but we did. Very, very hard. I just love challenges. What’s the next challenge? The next challenge might not be here,” he told GQ on bringing the title home at Milwaukee. Giannis’ agent Alex Saratis has told him to leave the franchise but the 26-year-old is not looking for a change immediately. He is more focused on defending the title this season and would later look to move away from Milwaukee.

Giannis is currently looking to win the title again and then look for other challenges. “When you think about it from a basketball perspective, by the age of 26, this kid has accomplished everything. So sometimes you’re going to have to manufacture what those challenges are,” he added.

However, Giannis also added how he and his family are in love with the city of Milwaukee. But he feels that a change is imminent in the future hinting at a decision to move away from the Bucks.

“In two years, that might change. I’m being totally honest with you. I’m always honest. I love this city, I love this community. I want to help as much as possible, ” concluded the Bucks talisman.