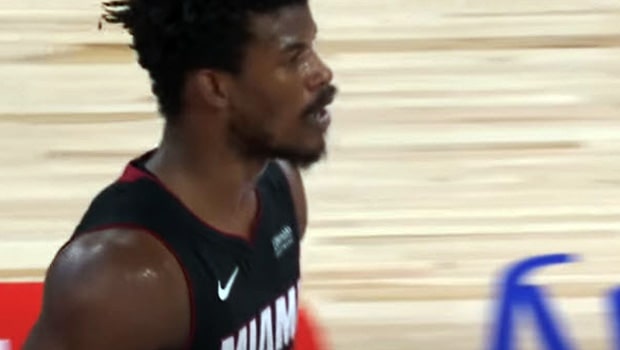 On Monday Morning, Miami Heat put up an inspiring display led by Jimmy Butler to win game three of the NBA Final against the LA Lakers.

Jimmy Butler scored a triple-double as the Beats won the game 115-104 to bring the finals to 2-1 in favor of the Lakers.

Despite losing Bam Adebayo and Dragic to injury with Butler himself an Injury concern ahead of the game, the Heats managed to get a victory.

In the course of his big performance, Jimmy Butler became the third player ever in the NBA Finals’ history to have had a 40-point triple-double as he emulated Jerry West, LeBron James, with 40-points, 11-rebound, 13-assist effort.

Meanwhile, Los Angeles Lakers LeBron James moved into the 2nd place of the NBA final all-time assists leaderboard in the game 3 of the NBA Finals played on Monday morning.

In doing so, he passed Utah Jazz legend John Stockton, James trails only Magic Johnson, who is on 2,346 assists.

The new NBA season schedule is unconfirmed yet, but their are possibilities that the new season may start in January 2021 with the same bubble like the one currently at the Walt Disney in Orlando, Florida, likely to be adopted.

If this move is accepted, it may affect the USA NBA Olympic teams in terms of star players missing the games in Tokyo, Japan.