Home » Basketball » Stephen Curry, Draymond Green highlights poor shooting as the main cause for defeat against the Hornets

Stephen Curry, Draymond Green highlights poor shooting as the main cause for defeat against the Hornets 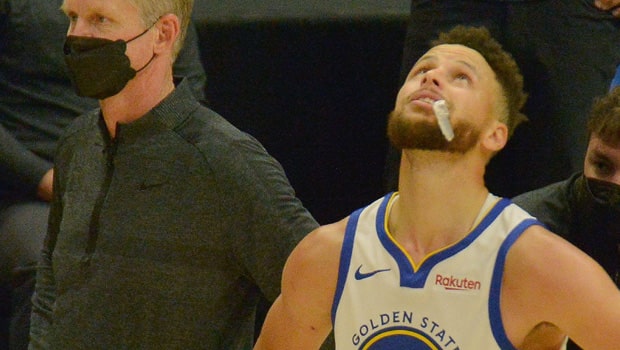 The Golden State Warriors have started this season on a roll with some splendid ball movement and play. However, their impressive run came to an end as they lost the match against the Charlotte Hornets. Their 7-game winning streak was snapped by Lamelo Ball and company.

The Hornets had the perfect strategy to come up against the warriors as they did not allow them to shoot properly from the start to the end. Also, their energy in defence did not allow any easy shots for the Dubs making them work hard for every point.

Andrew Wiggins finished the match with a game-high of 28 points whereas Stephen Curry delivered 24 points along with 10 assists and six boards. But the Chef was not at his usual best as shot only 3/13 from the deep, and the whole team shot 9/39, a poor 23.1% from beyond the lines.

It was a cagey affair from start to finish and there was not much margin for error for both teams. The game saw 25 lead changes and 14 ties proving how close the Hornets were to the Warriors. After their defeat, Curry and Draymond Green shared what went wrong in the game.

Green was very logical in his explanation as he felt that the slow start for the Warriors meant that they were always trying to play the catch-up game. While a slow start may still work for them at home things get tricky on the road especially against an energetic side like the Hornets.

Curry also echoed Green’s words and also pointed out the poor shooting statistics against the Hornets. He even took up criticism on his shots and also highlighted how a team needs to be flexible to find ways to score when the threes are not going in.

The Warriors have been in splendid form and have played as a unit this season. Something that was missing in the last couple of years for Steven Kerr’s men. But this time they have turned up big time and have looked like title contenders till now. Curry and his men will look to learn from this defeat and build on it as they face the Brooklyn Nets in their next fixture.