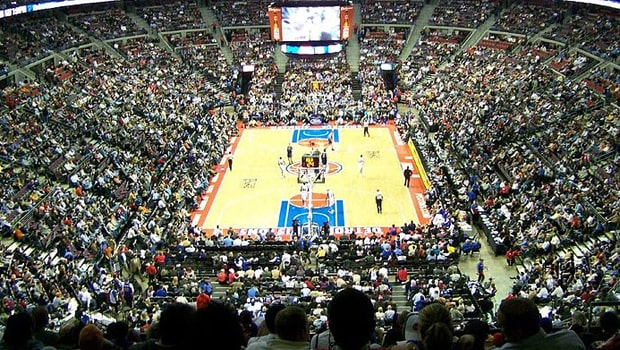 The restart of the NBA on Thursday has been given a big boost as the latest round of testing of players at the has revealed no positive result.

The previous round of testing, which was done on the 20th of July, also didn’t come up with a single positive result.

The NBA and NBA Players Association made this announcement on Wednesday, stating that, “Of the 344 players tested for COVID-19 on the NBA campus since test results were last announced on the 20th of July, zero have returned confirmed positive tests.”

The NBA will restart on Thursday at its Walt Disney camp in Orlando, Florida, with New Orleans Pelicans playing against Utah Jazz while Los Angeles Lakers face LA Clippers also on Thursday.

There were concerns about the health of over 300 players camped at the NBA Bubble as two players were excused recently to attend to Family matters.

Zion Williamson of the New Orleans Pelicans, who is now out of quarantine, had gone out of camp for an undisclosed family issue, but he completed his 10-day quarantine without testing positive for COVID-19.

However, after coming out of quarantine Zion Williamson has practiced with the team after he was involved in the team’s training on Tuesday and Wednesday ahead of the game on Thursday evening, but it is not certain the rookie will to play the game.

Although he has returned to Disney camp, he will have to observe a 10-day quarantine after he admitted to have gone to a club while he was away.

Aside from Quarantine issues, injuries have been affecting teams as for example; LA Lakers are not sure the availability of the third-leading scorer this season when NBA resumes on Thursday after Anthony Davis was poked in the eye in the last scrimmage match.

Houston Rocket’s Eric Gordon is also out for two weeks after he sprained his ankle in Tuesday’s Scrimmage game against Boston.