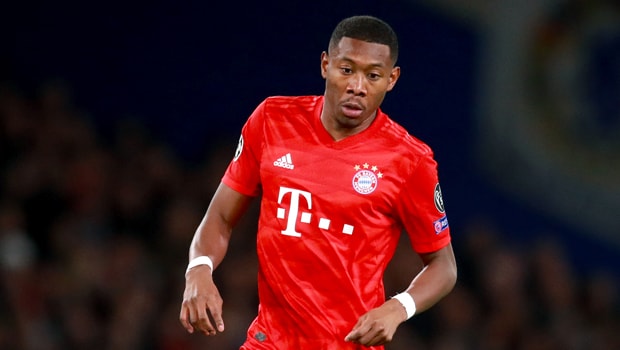 Bayern and Austrian fullback David Alaba’s contract talk hasn’t begun as the defender is yet to put pen to paper. Alaba has been one of the most consistent top performers for the club this season, most notably at his newfound role at the heart of the Bayern defense under manager Hansi Flick.

The Bavarian hierarchy has already tied the likes of Thomas Muller, Manuel Neuer, and young Alphonso Davies to a new contract at the club. In addition to that, the club is also close to agreeing on a new deal with Spanish midfielder Thiago Alcantara.

However, Alaba remains one of the experienced and long-serving players in the squad that hasn’t extended his current neither has he given the club the green light as regards when or if he wants to continue his career at the club as the player has remained coy about his options by keeping his cards to himself.

Irrespective of the fact whether Alaba is going to extend or not, Bayern Munich President Herbert Hainer remains calm over Alaba’s contract situation. The player had earlier revealed that his main focus is on training and playing a lot of matches as the club currently looks closer to winning their eighth Bundesliga titles in a row.

Hainer has praised Alaba’s attitude and performances for the club so far this season as he hailed his leadership qualities on and off the pitch.

“David is a fantastic player who has commanded the leading role at the back four and has been outstanding so far.”.

Referring to the contract situation of Alaba, Hainer said, ” We are taking things a step at a time, Bayern Munich is a puzzle as such things as team planning, contract issues for players and staff need to be done in an orderly manner.” He said

Currently , the decision on whether to extend a new deal or not solely rest on his hands as he’s been great this season adjusting to the central defense and also guiding the young Alphonso Davies to excel in his (Alaba) former role is fantastic. Though there hasn’t been any negativity so far and the reason why Hainer might be calm is that Alaba will sign and no cause for much worry.