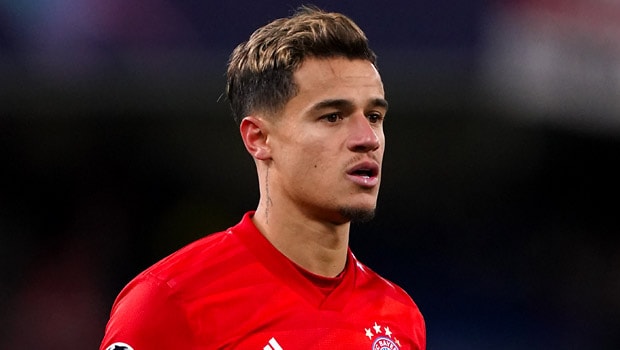 English Premier League side Chelsea are undergoing a discreet negotiation with former Liverpool and Brazilian player, Philippe Coutinho in the view of a possible transfer in the summer.

The Brazilian joined Barcelona from Liverpool in 2018, but he has endured a torrid time with the La Liga giants albeit he has played 52 games with just 12 goals to show since then.

His unimpressive performances led to a loan move with German side Bayern Munich in 2019 where he has had 22 matches under his belt with 8 goals to show.

Furthermore, the Catalunya club is not looking forward to bringing back the player to the camp Nou having been linked recently with a move for Neymar and inter’s Lautaro Martinez this summer.

Meanwhile, while Bayern Munich also has the option of making the loan deal permanent, it’s quite unlikely that the Germans would do so.

Hence, a return to the English Premier League where he was a big success for Liverpool where he played for five years having joined from Inter in 2013.

At the Anfield, he played 152 games and scored 41 goals for the Reds. His form for the Reds could be a major reason for increased interest from more English Premier League sides as Chelsea is rivalled by London neighbours Arsenal, Tottenham and Manchester United also interested.

Reports in Spanish media stated that frank Lampard’s team had established contact with the representatives of Philippe Coutinho who has been at Bayern Munich on loan this season.

Meanwhile, Barcelona has placed a price tag of around £80million on the forward who they signed for £105 million in January 2018 and a further £36million in add-ons.

Coutinho has made 61 appearances for the Brazilian national team since making his debut in 2010. He also started his professional career with Inter Milan.