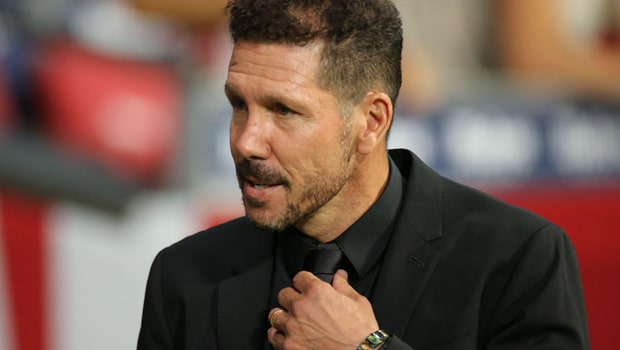 It was an intense battle between Liverpool and Atletico Madrid and the end was not liked by Diego Simeone as he refused to shake hands with Liverpool manager Jurgen Klopp after the final whistled.

The match started with Mohamed Salah scoring for Liverpool and they doubled the lead through Naby Keita. But Antoine Griezmann cancelled both the goals as he came up with a brilliant first-half brace.  However, Griezmann turned hero to villain in the second half as he was given marching orders for a high boot and Liverpool won the game 3-2 courtesy of a spot-kick from Salah. Simeone was furious when the referee denied a penalty call from Atletico Madrid and therefore he darted back to the dressing after the final whistled ignore Klopp for a post game hand shake.

“We don’t like that, but yes, the situation is clear,” Klopp told BT Sport. “I want to shake his hand. His reaction for sure, like mine, was not so cool.

“The next time we see each other we will definitely shake hands. It’s nothing. He was obviously angry, not with me but with the game. There is nothing else.”

However, Simeone explained the whole scenario calling it a miscommunication. The Argentine tactician highlighted how he does not shake hands after games. “I never shake hands after a match, because I don’t like it,” he said. “It isn’t healthy for either the one who wins or the the one who loses. That’s the way I see it.

“But now when I see him I will shake his hand without a problem.”

It was a match filled with controversial decisions as both teams made penalty calls and only Liverpool’s was granted. The Reds were awarded a spot-kick only after Mario Hermoso brought down Diogo Jota inside the penalty area.  However, when Jota bumped down Jose Maria Gimenez later in the game, the referee awarded a penalty but was later given as a no foul following a VAR review.

It irked the Atleti fans and also their manager as this was the first time his team has conceded two goals in a Champions League home game. The last time the Rojiblanocs did such a thing was back in Dember 2009.