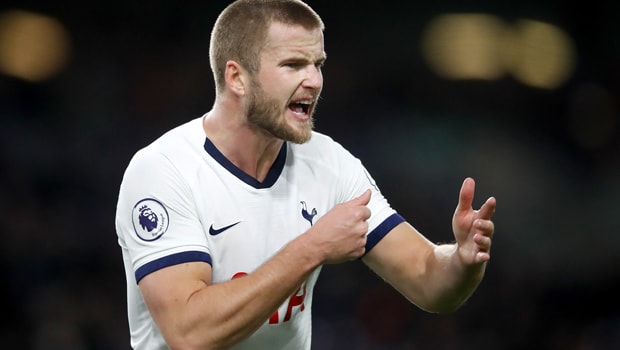 English international and Tottenham Hotspur player Eric Dier was on Wednesday handed a 4-match ban in addition to a £40,000 fine for his actions after an English FA Cup in March.

The Spurs, in the match against Norwich City in the fifth round of the FA Cup played at the new White Hart Lane Stadium on the fourth of March, were ousted by the Canaries after a 1-1 draw.

Eric Dier had confronted a fan in the stands after he claimed to have been insulted, but the English FA has issued a warning to avoid such and similar occurrence in the future.

Meanwhile, Arsenal’s manager, Mikel Arteta, has stated his feelings about the use of pitch-side monitors and var in the Premier League after Eddie Nketiah was sent off in Tuesday’s 1-1 draw against Leicester City.

Referee Chris Kavanagh had shown Nketiah a yellow card initially before upgrading it to a red card after consulting the monitor and var officials.

“In the last year, I have never seen a referee check any images, i do not understand the rules. But I can do nothing now. It can be a red card, but then Leicester have to play with 10 men, For an incident that happened between the 40th and 45th minute, it has to be a red card as well.” Arteta was quoted by BBC.

Meanwhile, the north London club has appealed the decision under the grounds of the wrongful decision and excessive punishment, but the FA is due to make a decision at the end of the week.

Nketiah could miss three matches should the appeal be unsuccessful, Sunday’s North London Derby against Tottenham Hotspur, a premier league clash with Liverpool next Wednesday and a semi-final clash with Manchester City in the FA Cup.