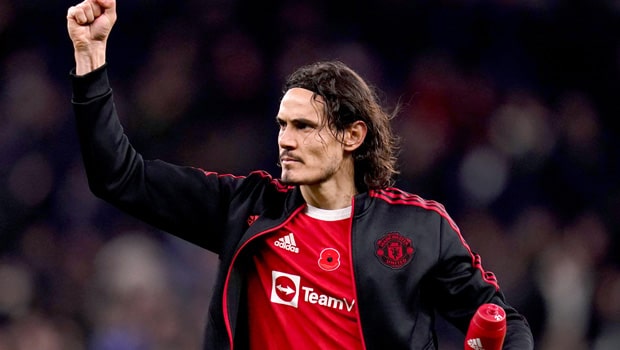 Former Manchester United right-back and now a Football boffin Gary Neville has heaped praise on the club’s striker Edinson Cavani. The Uruguayan work rate is well known and he is known to give his more than 100% on the pitch. Neville believes the Red Devils lacks personality and character when Cavani doesn’t play.

Cavani is 34-years old and Ole Gunnar Solskjaer started with both Ronaldo and the Uruguayan striker for the first time against Tottenham Hotspur on Saturday since the Portuguese has joined the club.

The move paid dividends as Ronaldo scored the opening goal for United against the Spurs with a brilliant volley. Furthermore, Ronaldo then provided the assist for Cavani, who scored the second goal for the team.

Thus, the two old horses were able to deliver for the Red Devils after an ignominious drubbing at the hands of Liverpool when they lost by a massive margin of 5-0 in their home conditions.

“Cavani? You see his face when he scored the goal. He’s got a massive personality and character that the team lack when he doesn’t play. He fights for every single ball, he’s hungry, chases things down. He’s demanding,” Gary Neville told Sky Sports.

Cavani is known to give his all on the pitch and the same is palpable in his efforts. The 34-year old has all the experience under his belt and Ole Gunnar Solskjaer will look to make the most of it in the coming matches.

Manchester United bounced back in style against Tottenham Hotspur as they won by 3-0. The Red Devils were under enormous pressure and the players were able to deliver after a shameful performance against Liverpool.

Manchester United will next face Atalanta in the Champions League fixture on Tuesday.