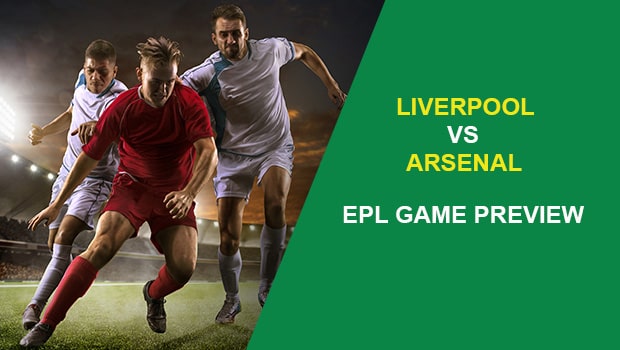 Liverpool looks to get back on track when they host a surging Arsenal team on November 20. Liverpool is coming off a 3-2 road loss against West Ham United on October 7 while Arsenal beat Watford 1-0 at home also on October 7. The Gunners have won their last 3 Premier League games. Liverpool is in fourth place in the standings with 22 points in 11 games while Arsenal is fifth with 20 points in 11 games, so there’s a lot at stake in this contest.

The player to watch in this game is Mohamed Salah. Former Liverpool winger Luis Garcia recently backed Salah to improve his goalscoring record at Liverpool further this season: “He is becoming more and more important. He knows where he has to be. I think we can see a different Salah at the moment.” Salah has been on fire, with 10 goals in 11 Premier League games this season and he can be a difference-maker on Sunday. Let’s take a closer look at where the value is at in this matchup.

Momentum: Arsenal has been on an upward trend — with 3 straight wins in the Premier League.

Four-star (out of four) AccuScore hot trend pick on a draw in this one. There is a 28.2% chance of a draw. Average score in simulations is Liverpool 1.53 to Arsenal 0.84.