Home » Football » Phil Neville to Coach in the MLS Next Season?

Phil Neville to Coach in the MLS Next Season? 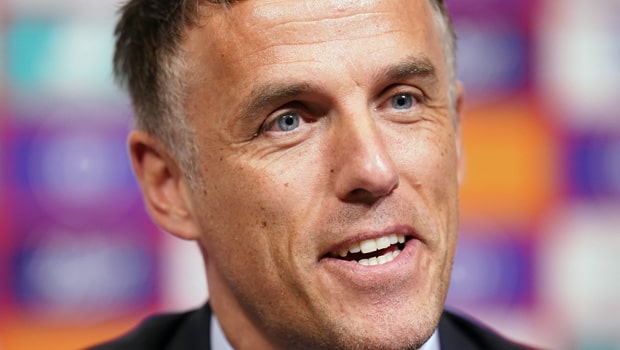 Inter Miami, the club owned by David Beckham, has announced the departure of coach Diego Alonso.

Alonso only managed the club for one season, but the results were not as expected.

According to a statement issued by the club, the decision was by mutual agreement.

Also, in the statement, Miami’s Managing Owner Jorge Mas took the opportunity to thank Alonso for his services: “On behalf of the organization, I want to thank Diego for his hard work and dedication during our inaugural season and wish him the best in his future endeavors. “

With Alonso’s departure, everything seems to indicate that Beckham wants his old teammate Phil Neville to be the one to replace him.

Neville, 43, was a member of the Valencia FC coaching staff of the Spanish First Division since the summer of 2015, having worked first with Nuno Espírito Santo and later with his brother Gary Neville as an assistant coach. He is currently the coach of the Women’s National Team of England.

Neville accumulates five victories and 2 losses with the England women’s soccer team but had announced his intention to leave the team in April. However, he agreed with the English Football Association to remain in the position until the Tokyo Olympics.

But according to Sky Sports and ESPN, Neville will seek to reach an agreement as soon as possible with the English Soccer Association to accept the job in Miami and move to the U.S before the start of the MLS season next March.

Beckham believes Neville is the right person to lead Inter Miami to compete for titles, last season the club finished 10th in the Eastern Conference.