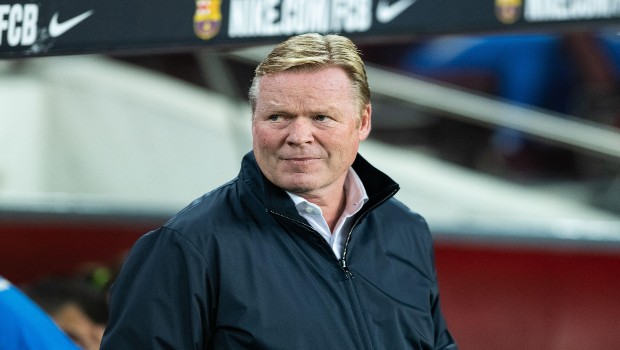 Barcelona manager Ronald Koeman has revealed that he wants to make the most of his remaining period at the helms of affairs at Camp Nou as pressure continues to rise after a 2-1 loss to Real Madrid in the El Clasico at the weekend.

The Dutch manager said he wants to enjoy the remaining of his time as Barcelona’s manager.

Sunday’s El Clasico loss leaves Barcelona in ninth position but the Dutch man is wary of a back to back loss as his team faces in-form Rayo Vallecano in the La Liga on Wednesday.

“I’m a grown up and I know how these things work, I want to enjoy the time that I have left, if it is eight years, six months, one year, or some weeks. I think it’s important that we win this game in Madrid, we cannot afford back-to-back losses.” Koeman said.

Koeman’s car was surrounded by Barca fans after Sunday loss and he tagged them as uneducated.

Rayo Vallecano are one point and two places above Barcelona in seventh position on the La Liga table while Radamel Falcao has inspired the team to four wins in their last six games.

Unfortunately for Barcelona, Ansu Fati may sit out of the game after complaining of a knee pain.

Meanwhile, on Tuesday evening Alaves beat Elche 1-0 while ten-man Espanyol held Atletico Bilbao to a 1-1 draw while Villarreal and Cadiz played out an entertaining 3-3 draw.

Real Sociedad still tops the table with 21 points from ten games but Real Madrid who sits second with 20 points from nine games can overtake them with a win.

Sevilla and Atletico Madrid make up the top four while Real Betis are in fifth.