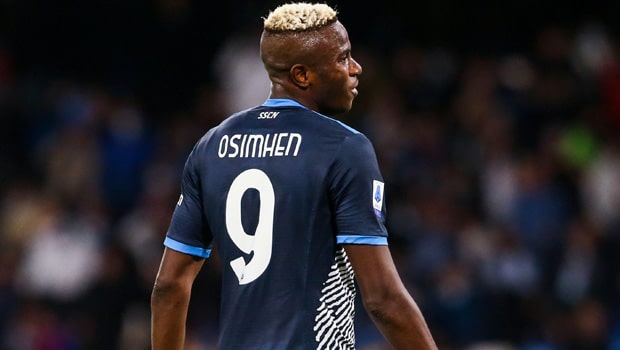 The Super Eagles of Nigeria on Tuesday evening played out a 1-1 draw with the Blue Sharks of Cape Verde at the Teslim Balogun stadium in Lagos but managed to move into the next round of the FIFA World Cup qualifiers.

Gernort Rohr’s side needed just a draw to finish top and move into the playoffs but they look set for victory after the Victor Osihmen’s first minute goal from a defensive error from the Cape Verde.

However, the visitors equalised five minutes later, returning Odion Ighalo had a chance to put Nigeria ahead in the first half but miscued his shot. Both teams went at each other for the rest of 90 minutes but both failed to get the winning goal to kill off the game.

Nigeria finished top of the group with 13 points from six games with nine goals scored and three conceded.

Meanwhile, Liberia ended the qualification series on a high note with a 3-1 win over Central African Republic.

In other matches Cameroon beat Ivory Coast 1-0 to pip the elephants into the playoffs spot. Earlier, Egypt beat Gabon 2-1 while Libya were held to a 1-1 draw by Angola.

Tunisia and Zambia both lost a penalty each in either half of the game as the North Africans beat Zambia by three goals to one.

Morocco thrashed Guinea 3-0, Riyadh Mahrez was on target as Algeria were held to a 2-2 draw by Burkina Faso.

Meanwhile, 9 out of the 10 countries who have qualified to the playoffs of the 2022 World Cup are part of Top 10 ranked African countries.

Senegal, Tunisia, Morocco, Algeria, Nigeria,  Egypt, Ghana, Cameroon, Mali and DR Congo are the teams that will be paired for a two-legged play offs in March 2022.