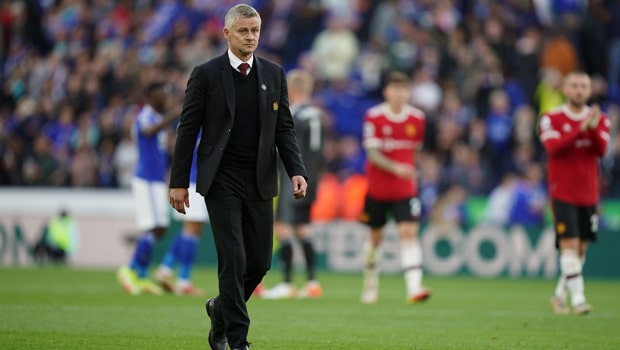 Manchester United boss Ole Gunnar Solskjaer has admitted that they have signed players who have raised the expectations from the club. The United were able to rope in players like Jadaon Sancho, Raphael Varane and Cristiano Ronaldo, which has certainly created pressure on the side.

However, Red Devils haven’t been at their best in the recent past. Solskjaer’s men lost against Leicester City by 4-2 on Saturday and they have been under the pump as they also dropped out of the top four teams in the standings.

There is pressure on Ole Gunnar Solskjaer to deliver the goods and he also understands the same. Solskjaer revealed that he is in constant touch with the management and the discussion regarding his future at the club is simple and open.

“We’ve progressed over the years. Sixth in half season, third, second. You can see the progress. We have signed players who have raised expectations but we are in the same boat as other top teams.

“There is pressure on me of course but we have been through this before,” said Solskjaer in a press conference ahead of his side’s clash with Atalanta in the Champions League on Wednesday.”I’m in dialogue with the club all the time, it is an open and honest discussion.”

The Manchester United manager went on to add that it will be crucial for the team’s players to react to their loss against Leicester City when they will face Atalanta in the Champions League Group fixture.

“Very. In the Champions League, you’ve got six games and if you win your three homes games and get a result away from home you’re most likely through.”

Solskjaer also warned his players ahead of their third Champions League match. Atalanta has a decent attack and they can surprise United if Solskjaer’s men are not at the top of their game. Atalanta is currently in sixth place in the Serie A points table.

“I am very impressed by their way, their style, the way they develop players. The manager is clearly very strong.”Of course, we signed Amad and watched them quite a lot. They have an attacking philosophy which many fans of football would like,” said Solskjaer.