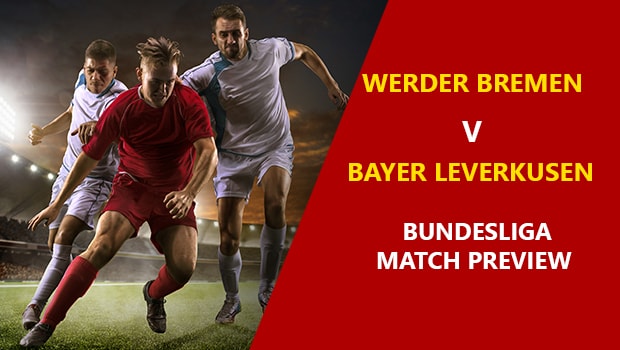 The Bundesliga is finally back! The popular football league in Germany will be played behind closed doors starting on Saturday, May 16. This is the first European football league to restart following the COVID-19 shutdown.

One of the games to watch in this Bundesliga matchday is Werder Bremen renewing their classic rivalry with Bayer Leverkusen on May 18. Werder Bremen will be in must-win mode as they are in 17th place with just 18 points in 24 games, eight points behind FSV Mainz 05 for a spot out of the relegation zone.

Bayer Leverkusen, on the other hand, is fifth with 47 points, eight behind Bayern Munich for first. Both teams are heading in opposite directions and there’s a lot at stake, which makes this a very intriguing affair,

Let’s take a closer look at where the value is at in this matchup.

Momentum: Werder Bremen has been on a downward trend — losing five of their last six games in the Bundesliga.

Head-to-Head: These two sides last matched up in Bundesliga action on Oct. 26, 2019 and the game finished on a 2-2 draw.

Make sure to check all other MLB, NFL, NCAA, NHL, NBA and soccer game predictions from AccuScore.