Xavi hoping for first win with Barcelona as a manager 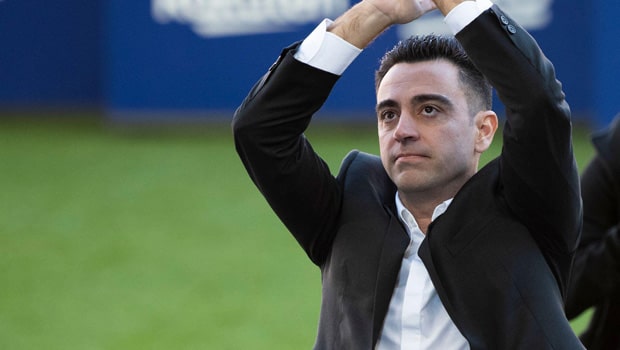 Newly appointed Barcelona manager Xavi will hope that Espanyol’s visit to the Camp Nou on his managerial debut as Barcelona’s coach.

Barcelona started the campaign in disappointing fashion sitting in ninth with seventeen points from 12 games played. Their UEFA Champions League statistics isn’t impressive either, although they sit second Bayern Munich in the group, they have just won 2 games out of 4.

Xavi on his presentation and unveiling at the Camp Nou explained his excitement at returning to the club and also didn’t shy away from the situation at hand.

“I am really excited, I am back at home. We are in a tough situation economically and not in our best sporting moment. But we are Barca and we are the best club in the world. I was really emotional to see all the fans today and we have to give them back good football, work seriously and with our values.” Xavi said.

Barcelona will face Portuguese side Benfica in the next game in the UEFA Champions League next week.

In the other La Liga games for the weekend, Levante will face Athletic Bilbao on Friday while Saturday will see Celta Vigo will host Villarreal, Sevilla will face Alaves, Atletico Madrid and Osasuna at the Wanda Metropolitano.

On Sunday Real Madrid will travel to Granada, Elche will host Real Betis, Getafe will face Cadiz and Real Sociedad against Valencia.

Real Sociedad remain at the top of the La Liga table with 28 points, one more than Real Madrid who also has a game in hand.

Sevilla, Atletico Madrid and Real Betis complete the top 5 in that order on the table while Elche, Levante and Getafe sit at the bottom of the table in the relegation waters.