Home » Other Sports » Cricket » Anderson Returns To Gameplay, As England Copes Without Bowlers

Anderson Returns To Gameplay, As England Copes Without Bowlers 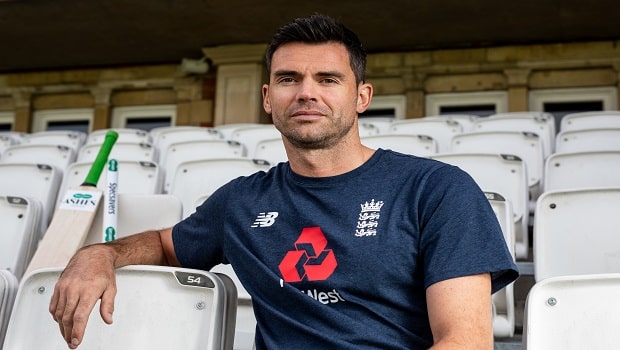 James Anderson has featured in his first game since August after being down with a calf injury as he made 11 overs for 37 runs, as England drew with the SA Invitational XI. Anderson’s last play was in August during the Ashes Test against Australia, where he suffered a calf injury.

England faced an issue as most of their bowlers were down with an illness. Jofra Archer, Stuart Broad, and Jack Leach could not appear in the game as Mark Wood was also not available as he was recovering from a sickness.

Despite the odds, the English team still managed to stand their ground, ending the match with 309-4, with 90 overs, while the South African side finished with 289 (68 overs). Anderson, Chris Woakes, and Sam Curran were the only available bowlers for the English side.

The main load of the English team was carried by Matt Parkinson, who made two late wickets. Skipper, Joe Root, bowled for 13 overs, making an overall 2-21. Anderson was quite instrumental in breaking the South African side when he had Kabelo Sekhukhune sent out, stopping the collaboration the latter had with Gerrit Synman, who he had a stand of 133 with. The dismissal allowed Chris Woakes the opportunity to make three wickets with 48 runs.

England’s performance in the game, which lasted for two days, is just a warm-up to the 1st test series they have with same South Africa between the 26th and 30th of December. Although there is another warm-up game on Friday, the 20th.

Part of England’s shaking performance can be attributed to the absence of the bowlers. With three of them down with an illness, one can only wonder how they hope to make up for it during the test games. Hopefully, then, Wood would have recovered fully, and Ben Stokes would prepare for the game, after coming late on tour.