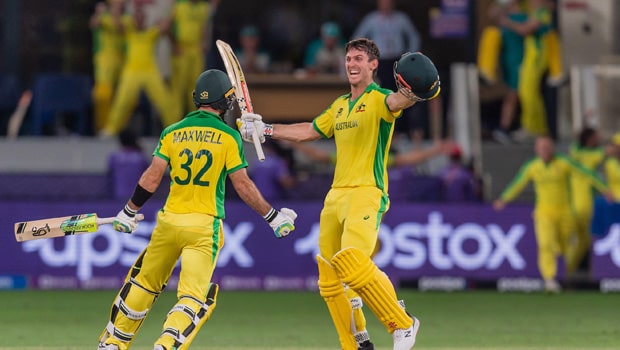 Australia has won their first ever T20 World Cup title after defeating New Zealand by eight wickets on Sunday. Mitchell Marsh, who played 77 from 50 balls, and David Warner, who played 53 from 38 balls helped rally Australia to their first World Cup victory, after a very tough group stage.

New Zealand had the upper hand earlier on, thanks to Kane Williamson’s 85 from 48 balls, which helped take New Zealand from 57-1 after 10 overs to 172-4. But all that effort went to the dust as the other side won. Australia looked like a better prepared team, as all players were actively at work to secure their victory. New Zealand could not help but feel like they placed all their hopes on a few players. Even after Warner was dismissed, New Zealand could not take full advantage of his exit. They were hardly given the chance as Glenn Maxwell stepped into place, playing 28 from 18 balls not out.

Australia has now beaten New Zealand five times in ICC knockout games, going all the way back to 1996, which now includes this year’s T20 World Cup final. Although Australia entered the event ranked very low, after losing their last five T20 series, losing to countries including England, they are now the world champion of cricket and would host next year’s event, as defending champions.

New Zealand would have to be content with being just Test champions, which they won earlier this year. They were also on the quest for their first T20 World Cup title.

Australia would now have to prepare for The Ashes against England next month. They have had a particularly good year and would be looking to end it on a good note in one of their most anticipated events of the year. Australia is currently the defending champion after drawing in 2019. The Ashes did not hold last year due to the pandemic.