Home » Other Sports » Cricket » Phil Salt enjoys playing for England, says that’s where he wants to be

Phil Salt enjoys playing for England, says that’s where he wants to be 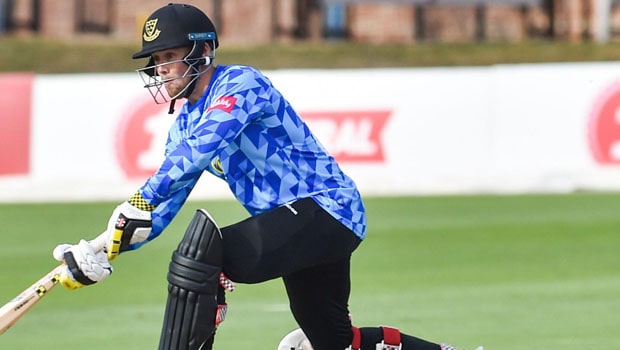 Sussex batsman Phil Salt has said playing for England is his major aim, saying it is where he wants to be. The batsman is speaking ahead of the 2021 County Championship season, which gets commences on Thursday, April 8.

The 24-year who stated his England ambition is yet to make his international debut. The 24-year-old attacking opening batsman got close to the national team selection when he was called up to the England squad as one of their ‘reserve players’ during the white-ball summer last year.

Speaking with Sky Sport, the opening order acknowledged that he would need to work towards that than just thinking about it.

To not sound too cliched about it, the Sussex player said taking it one day at a time and doing the best by working hard to improve his game will help him in that regard.  He is, therefore, hopeful that his games get him where he wants to be.

Speaking of Sussex’s ambitions this summer, Salt hopes the team can bounce back from a disappointing 2020 season. They were knocked out of the T20 Vitality Blast at the quarter-final stage and ended at the bottom of the South Group in the four-day Bob Willis Trophy tournament.

This year the County Championship will witness ten matches each from teams split into three groups of six. The top two teams from each group will move into Division One for the second phase of the competition. Sussex is in Group 3 alongside Glamorgan, Kent, Lancashire, Northamptonshire, and Yorkshire.

Salt, on his part, said his team was young, and it learned a lot last year. He is therefore hoping for an improved performance this year with the same squad.

While nothing that they have been grouped alongside top opponents, he hopes they will be competitive and scare a few teams.