The DafaNews Ecricket World Series Takes to the Crease this September 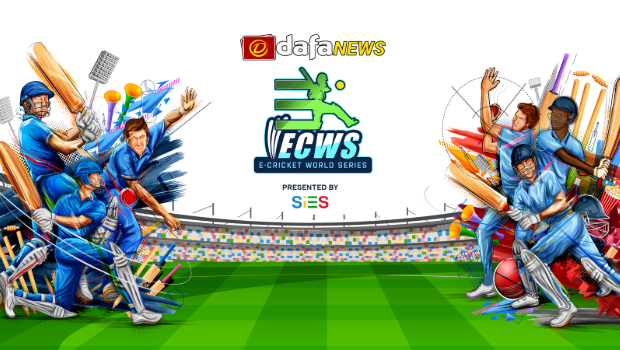 Sports in Esports (SIES) is proud to announce the inaugural DafaNews Ecricket World Series (ECWS) in partnership with Real Cricket 20, the World’s premier mobile cricket game which has over 100 million Downloads and 1.2 Million Daily Active Users.

With over 40,000 pre-registered players so far, get ready for an amazing tournament.

The competition consists of eight (8) weeks of qualification, with players climbing up bronze to
diamond leaderboards’.
The eight players that finish in diamond league will progress to the playoffs which are held over two weeks, culminating in a grand final, with a prize of $10,000 to the winner (Rs. 10 Lakhs) along with a host of other prizes to be announced soon.

Season I playoffs and final will be presented from the ECWS studio and live-streamed to a worldwide cricket and gamer audience. When Covid restrictions ease, future season finals will be staged at a live venue and will feature entertainment and celebrity sporting guests.

Cricbuzz, one of the world’s most famous and widely used live cricket app’s, available for both Android and IOS
https://www.cricbuzz.com