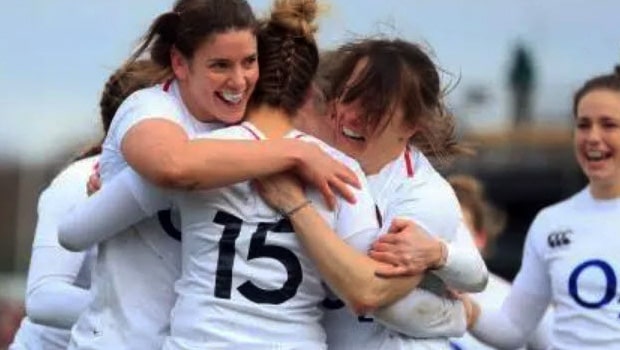 They emerged winner winning four games from the four played in with a game to spare. They were confirmed winner after France failed to beat Scotland.

France would have got a chance to fight for the title if they win their final two games. Since England has already clear four out of five and France that is second on the log failed to do the same, the title automatically goes to the England Women.

France was out of the running after conceding a late converted try in the draw 13-13 against Scotland.

The last time England played was March before the coronavirus lockdown. They thrashed Wales 66-7, which was their fourth to keep their 100 percent record intact. They are now topping the log with six points.

Defeating Italy next Saturday gives England a back-to-back Grand Slams. Speaking after getting to know of France’s result, the head coach Simon Middleton expressed delight at retaining the title after their performances.

He added that they were rewarded for all the hard work put in earlier in the year before the COVID-19 break.

Speaking of the big week ahead of the team, he said all they need is to be focused on securing the Grand Slam in Italy next Saturday.

England had thought confirmation of the title would have to wait till after the Italy game after France were leading Scotland with 10 points in the second half of the game.

But Scotland, who have not beaten France in the Six Nations got back into it by taking numerical advantage against France after losing a player to injury, having exhausted their replacements.

Scotland got back into with debutant wing Rachel Shankland scoring a try in the 73rd-minute. They then levelled the tie through Helen Nelson, who kicked the conversion from close.

In defending their title, England on February 2 recorded a narrow 19-13 win over France in Pau before outclassing Scotland 53-0 in Glasgow.

They then beat Ireland 27-0 int he third game before dispatching Wales in the fourth to secure the Triple Crown.