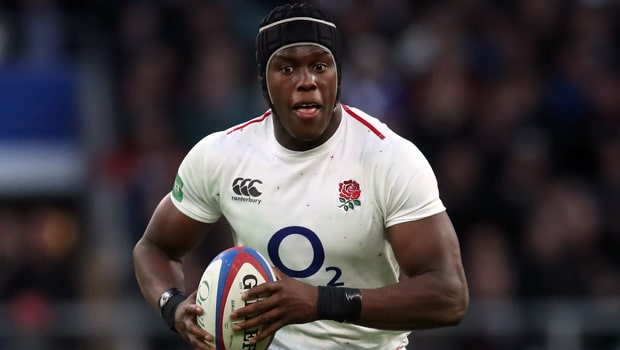 Maro Itoje says England will head into their Six Nations opener against Ireland in Dublin determined to prove they can be the ‘number one team in the northern hemisphere’.

Ireland won the Grand Slam last season, defeating England at Twickenham to seal it, and have since gone on to enjoy a strong November Series that included a win against the world champions New Zealand.

Joe Schmidt’s team have been the top dogs of late and will seek to begin their quest for a fourth Six Nations crown in six years by overcoming England at the Aviva Stadium.

Itoje however says Eddie Jones’ squad will be going to Dublin looking to showcase their own desire to ‘be the dominant team’.

Ireland are currently ranked behind only the All Blacks in world rugby and that is motivation foe England to raise their game.

“Over the last year or so, Ireland have been the number one team in the northern hemisphere,” the English lock said.

“Obviously we want to be the dominant team. That’s always been the case. I think England should be the number one team, but we’re not at the moment.

“The only way to rectify that is to beat Ireland. To be the best, you must beat the best.” After losing their crown and going down to the Irish on their own patch 12 months ago, Itoje concedes this game has been earmarked for quite some time.

“This game is one that we’ve been looking forward to for a while,” he added.

“We’ll find out how far away from them we are on Saturday. I have complete faith in our team, players, coaches and staff. “We can definitely beat them, I have no doubt in my mind about that.”

England are underdogs at 4.00 to win in Dublin, with Ireland 1.29 to start their Six Nations campaign with a win.