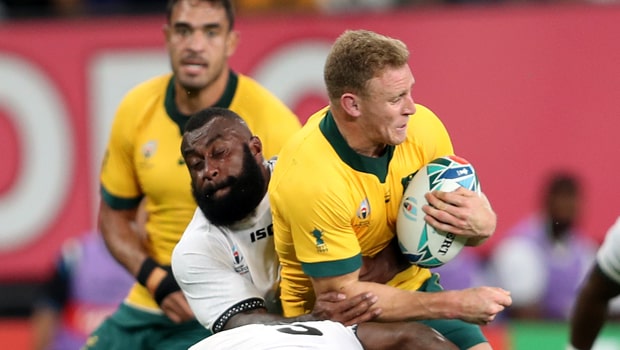 Match officials at the ongoing Rugby World Cup in Japan including Referees, Television officials, and Touch Judges have agreed to poor handling of games at the tournament after admitting that they should have done better.

The World Rugby released a statement on Tuesday after the match officials had submitted to Alain Rolland, World Rugby’s high-performance manager for match officials that they have failed to rigorously follow laid down directives, most especially in cases of high and reckless tackling and policing the offside line, before the start of the tournament.

Opening round games have had controversial decisions including failure to Red Card Australia’s Reece Hodge for a dangerous tackle on Fiji flanker Peceli Yato, which left him concussed as well as France’s Louis Picamoles’ seizing of a vital interception late in the slim win over Argentina despite looking offside.

“Elite match officials are required to make decisions in complex, high-pressure situations and there have been initial challenges with the use of technology and team communication, which have impacted decision-making. These are already being addressed by the team of 23 match officials to enhance consistency”.

“Given this proactive approach, a strong team ethic and a superb support structure, World Rugby has every confidence in the team to ensure that Rugby World Cup 2019 delivers the highest levels of accurate, clear and consistent decision-making.” the World Rugby concluded.

England are fancied at 1.35 to emerge as winners of Rugby Union World Cup – Pool C, while strong rivals France are set at 3.55