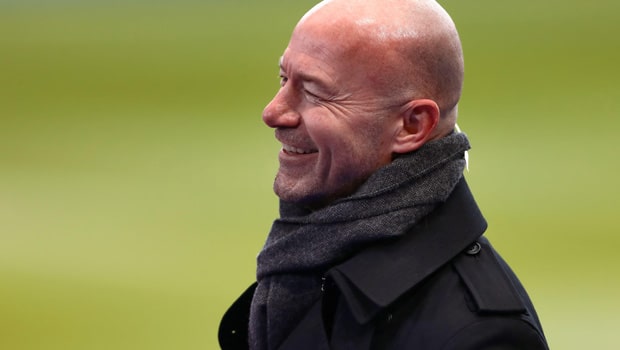 Chelsea recently flexed their muscle against Leicester City with a 3-0 win over on Sunday in the Premier League. Former Newcastle legend Alan Shearer was simply mesmerised by their midfield duo of Jorginho and N’Golo Kante and feels that they are enough to win Chelsea the Premier League title for the first time in four years.

The Blues duo were superior to Leicester City’s midfielder Wilfried Ndidi and Boubakary Soumare and therefore the Blues had control over the midfield. Goals from Antonio Rudiger, N’Golo Kante and Christian Pulisic meant that Thomas Tuchel’s men maintained their supremacy at the summit of the premier league points table.

Shearer highlights how Jorginho and Kante deserve special praise for their tireless approach to this game. He also points out how Chelsea has top quality centre-halves and to compliment them they have two brilliant midfielders in front of them.

Speaking on Match of the day, the former Newcastle man said, “They’ve got three very good centre halves they can rely on and two midfielders in Jorginho and Kante who they can rely on when the strikers go forward. Some of the times the full backs were playing in midfield. And what you see with Jorginho and Kante is that Kante is ten yards ahead of Jorginho just in case he needs to win the ball and press again. Some of the play from Chelsea was absolutely superb.”

Ever since joining the club Thomas Tuchel has had a great impact in the club’s roster. He has guided them to a UEFA Champions League title and is now looking to win the Premier League. But he was modest just like he always is claiming that there are areas for improvement for the Blues in coming matches.

After the 3-0 win over Leicester City, Tuchel told media, “It was a good performance, especially in the first half. We could’ve finished the game with a third goal earlier and there are still things to improve: technical mistakes in the last third, decision making, and conversion of chances.”

Chelsea will now face a big ticket clash against Juventus in the UEFA Champions League. They are second in their group and have lost the reverse fixture against the Old Lady in September.