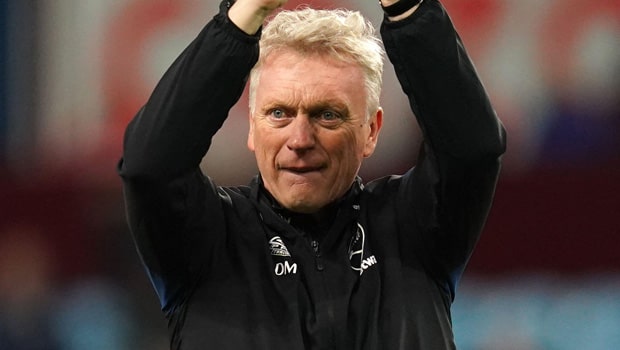 West Ham United came up with the goods in a 4-1 blowout win against Aston Villa. The win has allowed the Hammers to break into the top four in the Premier League table. West Ham were in the relegation zone a few seasons ago but now with David Moyes coming back to the club, the Hammers are currently chasing a Champions League spot.

The Hammers have broken into the top four of the Premier League points table tied with Manchester City. Among the goalscorers, Declan Rice admitted that this team has a different feeling for him.

The England midfielder highlighted how the West Ham team has a special environment going. Rice told Sky Sports, “We wake up looking forward to training. Every game, we’ve been in it until the end.

“It’s a special place to play. We’re over the moon. We are joint third. The big question people asked before the season was whether we could do it again.

“We’ve found out we can. But still, a lot more games to go. This is the level, the standard. We can’t drop if we want to be a big team.”

Despite their great form, David Moyes assures that they are not getting ahead of themselves. The former Everton and Manchester United tactician has already shared that these results can often turn the tables to teams. Hence he does not want the team to get ahead of themselves.

“It’s been a great week. But you know what happens in football, Moyes shared.

“It can turn around and bite you.We have another game on Thursday. I don’t want West Ham to become that flaky inconsistent team a lot of people remember them as.”

The Hammers will play Genk as they are on the verge of qualifying for the knockout stages of the Europa League. In Premier League, West Ham United will host Liverpool in the next match. The Reds will be coming to this match on the back of a 2-2 draw against Brighton and Hove Albion.

It will be interesting to see whether Moyes’ West Ham United manages to remain consistent throughout the rest of the season. They will have some tough matches coming up and it will be a big test for the Hammers to juggle between their Europa League and Premier League fixtures.