Harry Kane Stays Thanks to the Arrival of Antonio Conte 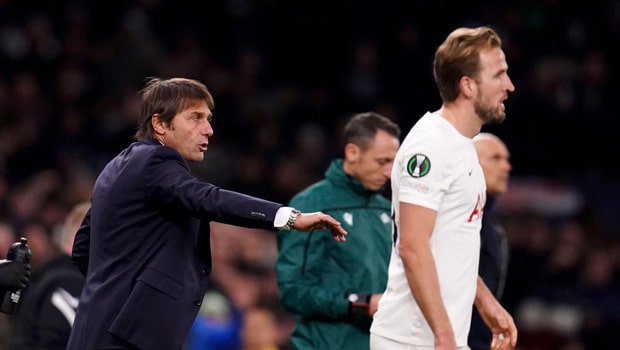 Antonio Conte arrives at Tottenham to replace Nuno Espirito Santo. The new Spurs boss signed a £ 13million-a-year contract, which is a big surprise given that club owner Daniel Levy is known for keeping his operating costs low.

But it seems that Conte’s big check will pay by itself because his arrival has made club star Harry Kane change his mind about leaving the club.

Kane was set to leave the club last summer, but the high price tag Levy put up for the player alienated everyone.

With his plans to leave the club cut short, Kane said that he would focus on giving everything for the club in the new season. However, Kane’s performance in this Premier League has been low and nothing like what the player has shown in the past; in fact, he has only managed to score one goal.

Many speculated that the idea of ​​looking for a club with the possibility of winning silverware still haunted Kane’s mind and was the main reason for his poor performance.

But, according to The Sun, Conte’s arrival has caused Kane to rethink his future and want to stay with the Spurs.

Conte is known for his outstanding leadership and for winning silverware with all of his clubs. Also, the Italian coach has always been a big fan of Kane.

During Euro 2020, Conte said about the English forward, “It’s in the box where he’s clinical,” he said.

“As a coach, I would always keep him in there, because he’s devastating.”

Conte’s arrival at Spurs has rekindled Kane’s hopes of lifting a trophy with the club. It also seems that the 52-year-old coach is very excited to be working with one of the best English forwards of the last decade.