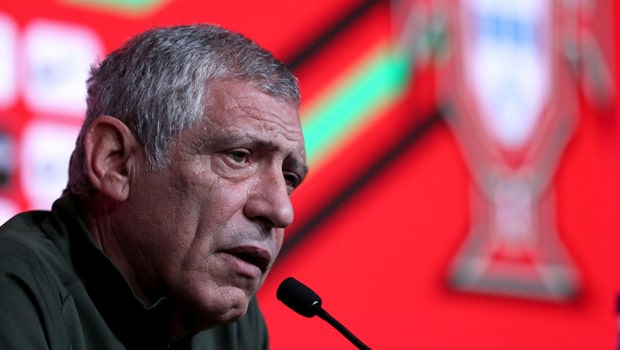 Cristiano Ronaldo and company only needed a draw in their last World Cup Qualifiers match against Serbia to reach the finals in Qatar next year. But a 2-1 defeat meant that Fernando Santos and his men will have to play the playoffs to get there now. Despite the defeat, Fernando Santos was confident after the match that his team will reach the World Cup next year.

It was due to a last-minute header from Aleksandar Mitrovic that stunned the hosts and allowed Serbia to win the game and also win the group, qualifying for Qatar automatically. Santos agreed that his team did not play their best and took all the blame for the defeat.

Portugal were on their way when Renato Sanches handed them the lead in the game. It was Dusan Tadic who scored within the first half to restore parity. Things were cagey until the final minute when substitute Aleksandar Mitrovic connect his header from a Tadic cross to hand Serbia the lead. The goal was celebrated with great passion by the players. The entire support staff ran into the pitch in jubilation.

Whereas Portugal players were distraught and shaken. Speaking on the loss, Santos said, ” “It looked like it was going to be, but it wasn’t. We scored the goal, we had the initial moments. But then we started to drop deep a lot.

“The players tried. But then we didn’t turn the game on. Every time we did, we created problems. But most of the time we couldn’t.”

He then gave credit to Serbia for playing really well and being the better team. He then admitted that the team played with fear and anxiety and took full blame for the result.

“Serbia were better. We tried. Our DNA is to have the ball on our feet and play. Bernardo Silva wanted the ball, but he was the only one. We played with fear and anxiety. It’s my responsibility.”

But overall he feels that Portugal will reach the Qatar World Cup by winning the playoffs. The playoffs are always very tricky and anything can happen from here. So it will be interesting to see how Santos and Portugal react to upcoming challenges.