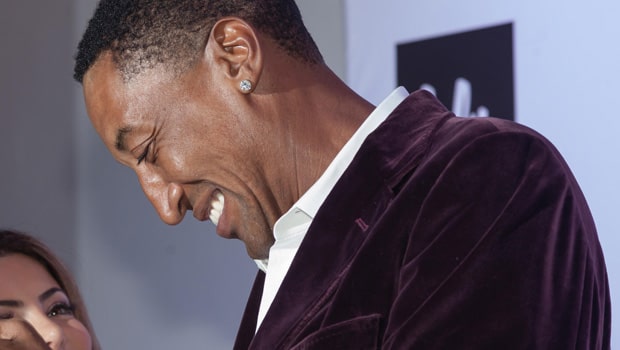 The Golden State Warriors are one of the trademark franchises in the NBA. Many legendary players have featured for the Dubs over the years. The six-time Championship winning franchise currently are on a great run this season as they seem to have finally found their mojo after a couple of seasons disappointment.

The Steph Curry led franchise are leading the Western Conference with a marvellous 9-1 record. The Dubs are still waiting for Klay Thompson to return and with him, they are going to be one of the favourites to win the Championship this season. Their exceptional start to the current campaign has earned high praise from former Chicago Bulls star Scottie Pippen. The Bulls legend was speaking on ‘SiriusXM NBA Radio’  where he mentioned that the current GSW team reminds him of the Bulls during his time. He compared this team to the 1990 Bulls which went on to win the three-peat twice.

Pippen said, “It reminds me of our first run. And taking a couple of years’ break and then kicking it back up. They got good players, they know how to win. Again, the chemistry is there. Everything is in place. They haven’t changed a lot. So I think that they can move forward.”

The Warriors had a disappointing couple of years in the NBA. Last season despite Curry’s heroics they could only manage a spot in the playins and could not get past the Charlotte Hornets. They eventually did not make it to the playoffs. Although they did not change much in the roster the mindset is completely different. Under the leadership of Curry, Thompson and Draymond green they have won the 2015 NBA Championship. However, they did have someone like a Kevin Durant but Steph Curry and his men believe that Thompson’s return from long injury layoffs will propel them as firm favourites to win the NBA title this season. For now, they are the favourites to win the Western conference at least.

But it is a long season and a lot of it is left hence any premature celebration may lead to problems later. So for now Curry and his men are focused to continue this winning run for as long as possible.