Lou Williams To Miss Clippers’ First Game Because Of Quarantine 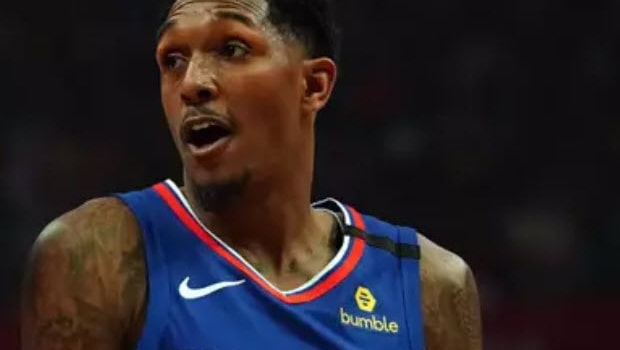 As the NBA moves close to resumption, LA Clippers will play without its point guard Lou Williams who will spend 10 days in quarantine after he left the Walt Disney Campus.

The point-guard left Orlando on Thursday, where the Disney campus is to travel to Atalanta for an event for a dead family friend but was suspected of having attended an Atlanta club.

It will be the first time in the NBA history that a player will miss an official NBA game due to quarantine reasons.

Over 300 players from 22 teams are restricted to the Disney campus as the NBA aims to complete a season wrecked in the COVID-19 pandemic.

Despite the strict restrictions of movement, a few number of players have been able to leave the campus under the need to attend to family emergencies.

Earlier, Zion Williamson of New Orleans had left the campus for an undisclosed family matter and also had a mandatory 10-day quarantine, but he will be out of it before Orleans’ first NBA match.

However, it must be said that his participation in the game is not certain despite repeatedly testing negative since the return, but he was cleared to take part in the team’s training activities on Tuesday evening.

Meanwhile, pictures emerged showing that Lou Williams attended a club with rapper Jack Harlow although with the point guard putting an NBA issued facemask, with the player admitting to NBA security that he attended a local club.

“You know, obviously those (pictures) got out, and that’s something that we obviously didn’t enjoy seeing or like.” Coach Doc Rivers was quoted NBA

LA Clippers will face Lakers on Thursday in their opener with a squad that has been affected by COVID-19 positive test.